Razz Poker Online: All That You Need to Know

Online poker involves strategy, patience, experience and a slight amount of luck. Of course, there are many variants currently on the market and each of these offers its own sense of fun and excitement. However, many players have not heard of a game known as razz poker. Razz poker online has enjoyed a fair amount of popularity in recent years and it therefore makes sense to examine the “nuts and bolts” in greater detail. 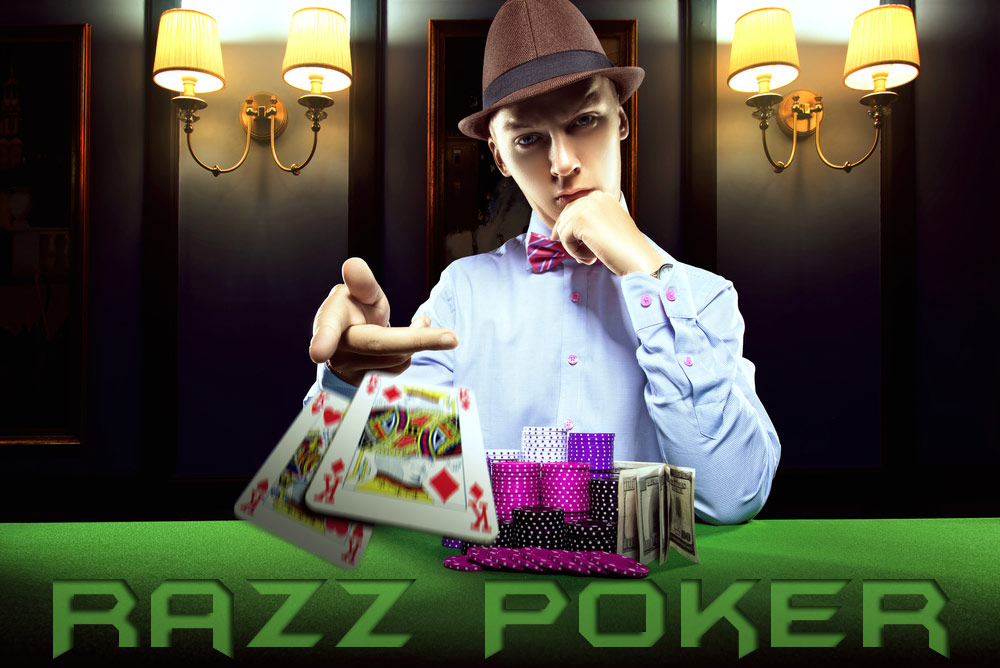 Getting Started with this Online Poker Game

We first need to mention that razz poker is known as a “low-ball” game. To put this another way, the ultimate goal is to create the lowest (or worst) hand possible with the cards that you are dealt. Between two and eight players can be involved at any given time and this lends a bit more excitement to the game. Having said this, those who are already familiar with seven-card stud should find it easy to know how to play razz poker.

During the first round, every player is dealt three cards. Two are placed facing down and the third will be seen by the players. Much like in seven-card stud, the value of these first three cards will generally illustrate to the player whether or not it is worth it to continue the hand. Still, we need to point out that the objective here is to create the lowest hand possible with the cards that are dealt. Assuming that the player does not choose to fold (either after the first deal hand or during subsequent rounds), he or she will be provided with a total of seven cards.

Assuming that these mechanics are easy to understand, learning how to play razz poker should not present an issue. However, it could still be a good idea to become familiarised with seven-card stud if you are new to poker in general.

Learning the Basic Rules of Razz Poker Online: How to Play

First and foremost, the ace is always valued as the lowest card within a hand of razz poker. It is also critical to point out that straights and flushes will have no impact upon the worth of a combination. Similar to some other poker variants, it is not necessary to create a hand of cards with the same suite. To put this another way, an optimal hand will consist of an ace followed by numerical cards. These top three best combinations are therefore:

Another difference between razz poker and seven-card stud is that the player with the highest door card will be required to post the subsequent bring-in. In this variant, the highest card is always the king. The game will then progress clockwise around the table. Players can then decide whether to call, to raise or to fold.

Handy Razz Poker Tips to Employ Along the Way

There are several poker tips which will prove themselves to be invaluable when playing a hand of razz. Of course, it should already be obvious that those with the lowest starting hand should always continue playing (Ace, 2 and 3). In the same respect, it is normally best to fold if you happen to receive an eight or higher during the first round.

While straights and flushes are inconsequential, the same cannot be said for pairs. So, it could be wise to fold if you happen to receive a pair of relatively high cards early in the game. A pair of fives or a pair of sizes generally qualifies for this strategy.

Notwithstanding these two suggestions, intuition is also important. Players should be reasonably able to surmise what an opponent may be holding by keeping a close eye upon his or her “up” cards. This can sometimes be determined by how aggressive they play subsequent hands. Opponents with a strong low combination will generally try to raise the stakes, as they are somewhat certain that others have been dealt higher values. This will become clearer as one round progresses to the next.

Razz poker online can represent a great change of pace and some players will even enjoy a round or two in order to hone their seven-card stud skills. Please keep these poker tips in mind, as there is no doubt that they will come in “handy” during your next match.